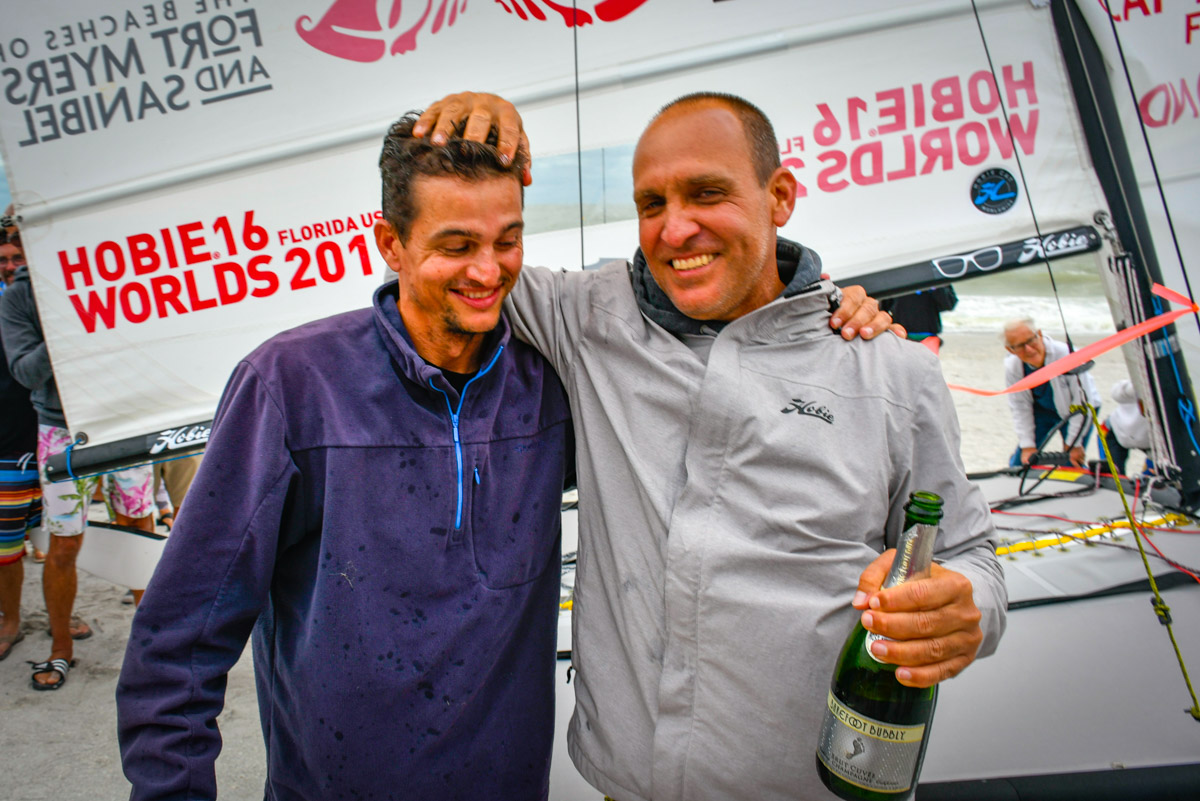 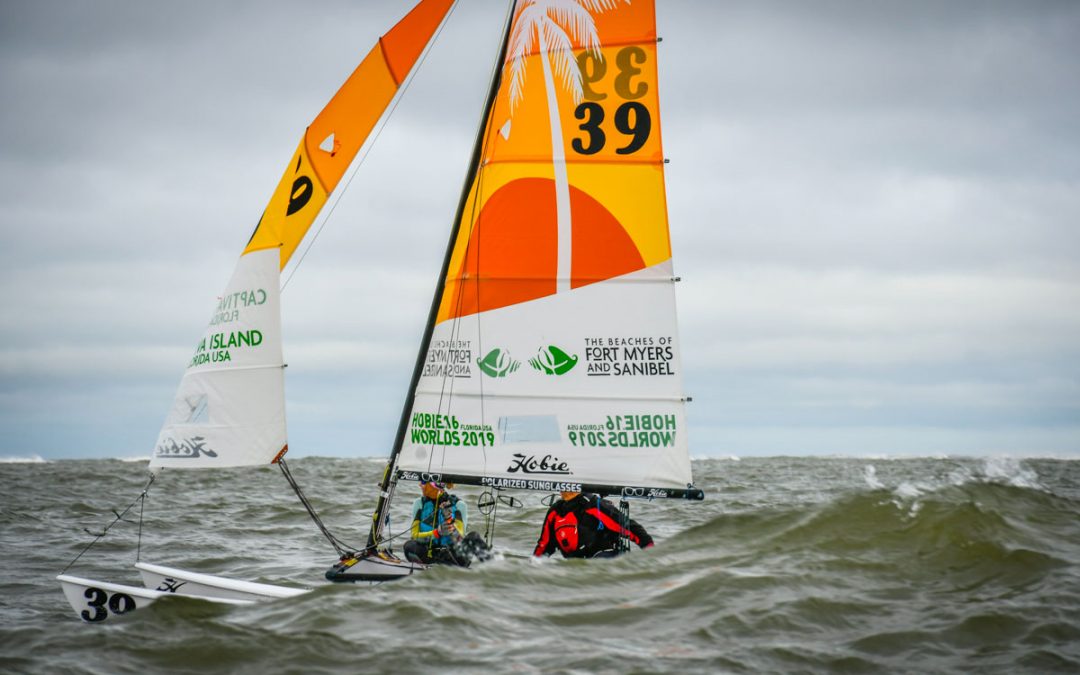 Windy conditions for day 3 of the Hobie 16 Open World Championships. The promised cold front arrived overnight and sailors were greeted with strong wind conditions for day 3. The first race of the day delivered 20-26 knots with a very lively sea state. The tide was running against the wind which created a confused sea state with waves moving across the race course at an odd angle. Rather than surfing waves downwind it was possible to surf waves upwind. The occasional breaking rouge wave kept everyone on their toes.
Following the first race, the winds moderated a bit to 17-20 knots but this had a noticeable effect on the sea state and the waves got a lot friendlier. A total of three races were completed for the day with a boat rotation each time. A large shore break kept the beach crews working hard as boats came into the beach each time for the boat exchange.
All sailors now have completed three races each. Nicolaj BJORNHOLT/Michele JENSEN (DEN) lead followed by Gav COLBY/Worst NEWS (AUS) and Yamil SABA/Gonzalo CENDRA (VEN).
There is one more days in semi-final round with 96 teams rotating through the 56 boats. After tomorrow’s competition the fleet will be cut to 56 for the final two days.